Noxplayer, ePSXe and Dolphin are some of the best Android Emulators for PC and Mac that let the users run Android apps on PC rather than on the Phone.

Android is a very powerful OS that gives a complete set for a smartphone and the options of in-depth access to your cell phone. Android Emulators is an Android Virtual Device that is made to signify any particular Android device. Emulators have become trendy.

We can run the Android ecosystem on the Mac Pc and the Windows with emulators for free. The sensitivity and comfort of using mobile apps on the emulators vary on your system. 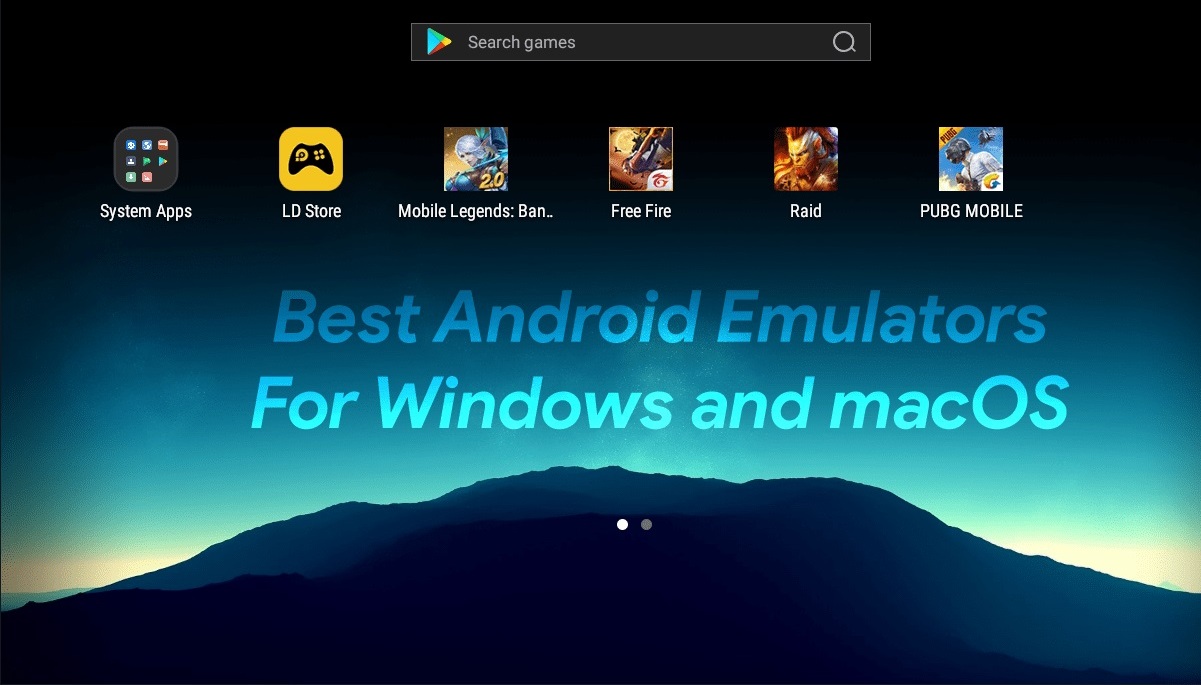 It is a very famous Android Emulator for PC. This Emulator gives excellent features that make gameplay easy on PC. Also, it is proficient in playing high-end games on PC.

It also allows high keyboard mapping customization, which makes it easy for the needs of mobile gaming control. The best part of this Emulator is that it is well-suited with Nvidia, Intel and AMD powered Windows.

The Android Studio is created, especially for the developers who want to develop Android Apps. Also, you will get a lot of custom-tailored features to test the product. It is an official tool from Android that is too difficult for the consumer because of minute programs.

If you are a developer, then you can experiment with the app for its performance and usage. The Emulator comes with features like Layout tester, APK Analyzer, real-time error detection, code editing, etc.

Generally, most of the Android Emulator for PC is designed to simulate Android experience on the PC. But Gameloop developed the Emulator, especially for the mobile gaming on PC. Gameloop by Tencent are also the developers of PUBG.

It can easily handle high-end games. Also, you can quickly improve the performance of the game, turning Buddy settings. The best part is the Emulator is tiny in size.

ARChon is a Chrome extension that helps to load APK files on Google Chrome Browser. It is a non-conventional emulator system for PC.

It is a problematic emulator to run as you have to change the APK file using a tool to make it suited to ARChon. You need to follow some steps to run an App on Chrome using this extension. The ARChon currently works in Android 4.4.

It is heavily optimized for gaming. The Emulator does not support the AMD chipset, and it requires Virtualisation Technology, which is enabled in BIOS. The interference of the app is very clean and fresh.

The Game Toolkit of this Emulator provides you everything which is required to play android games on PC. It also allows you to play multiple games at the same time.

Nox Player is also one of the best Windows and mac Android Emulator. The Emulator can easily handle high FPS games without any problem. It also supports gamepad, keypad, and scripts record.

The Emulator is created with a motive for playing games. You can change the control from the settings and can change the quality of graphics. It has a rooted version of Android out-of-the-box, which allows you to get an utterly unlocked player to get full access to the Android.

Genymotion Cloud has been designed to allow developers to test Apps. It allows you to run the Android Apps over the cloud as a virtual machine. Genymotion has a very easy and intuitive interference.

The app is suitable for product testing and gaming. It offers you a lot of tools and plugins for in-depth testing of the app. This Emulator works over the cloud on PaaS, AWS, SaaS, CGS, and more.

PrimeOS is an Operating System that boosts itself after forming a divider in the computer storage. It has all the fundamental elements for the Android ecosystem like the taskbar, start menu, etc., which provides a fresh user experience.

You will also get dual-boot options whenever you boot your PC, PrimeOS, and Windows. Prime OS has a very clean and clutter-free interface.

Bluestacks is one of the oldest, popular and best Android Emulator for PC. It is a balanced emulator that has the right mixture of graphics, power, and processing.

Bluestacks functions smoothly while using apps or playing games as it is capable of playing high-graphics games.

Bluestacks Emulator is the most trusted Android to pay Android Apps and games on Mac and Windows. It runs on the latest Nougat version and six times faster than the smartphone.

LDPlayer is specially designed for playing mobile games on Windows. The simulator allows you to function efficiently and conveniently.

The simulator is compatible with many types of games that offer controls, efficient and stable operations. You can play multiple games at a time.

You can also access the google play store and google mobile services suite for other apps. It has a functional design and user-friendly settings.

AMISuOS is an Android emulator for PC, which is also called DuOS. Its runs on the Lollipop version and is one if the perfect emulator system. It has an Amazon App store, and you can install any APK file if you wish.

This Emulator can handle high-end games, but it won’t have a keyboard and mouse mapping feature. It comes with a rooted outbox, which allows you to install apps for root privileged.

KOPlayer is a reliable and free platform that is built on kernel technology on x86 Architecture. It has improved features such as OpenGL and hardware acceleration. Also, it gives quality Android playing experience to Windows.

It supports screen recording, keyboard mapping for streamline control, and multiple accounts. It has built-in GMS with google pay, which allows you to get your favorite apps safely.

It is another Kernal-based x86 design OS that boots as a native computer OS. It is not a secure system, but if you are a developer and looking for a powerful Android OS, then it would be a perfect choice for you. The Bliss OS works on the newer versions of Android and other versions, which are different.

Xamarin is the best Emulator to test the Apps on Windows. It is one of the best Android Emulator for windows 10. The application of this Emulator is not easy, but if you use it regularly, then it would be easy for you, and you will like it. It is best suited for professional App developers.

The screen of the Xamarin looks like a mobile display to allow the developer to simulate, debug, test, and run the mobile apps for the performance check. It allows you to download the stuff from Github, and also it can be used for testing iOS apps on PC.

LeapDroid is a fast emulation that allows you to run all high-end games on PC. It focuses on speed and performance.

It has very few options for customizing it, and you can’t change the resolution any more rooted parameter, not including general Android settings. You can also play games and do testing at high speed and performance emulations.

Andy is a very powerful emulator for PC and Mac. It allows you to combine your device easily with PC. The best thing about this Emulator is that it syncs across all the devices connected, so there is no need to transfer game progress.

You can quickly transfer the Apps from mobile to Emulator. It allows you to use the Phone as a joystick to play games on the Big screen with a smartphone. It also gives you unlimited storage capacity.

So if you are thinking about what is the best Android Emulator for Windows 10. It is based on the Android 7.1 and has many standard PC features desktop like a mouse, multi-windows, and keyboard support.

It also gives perfect support for Android games because of the system-level compatibility. It maintains a lot of peripherals such as gamepads, even docks, mouse, and keyboard.

It also supports LAN access, universal search, drag and drops cross-windows. You can install it on the hard disk for operation, and it will not affect the original document.

It is the oldest Emulator available and still accessible. The features given by YouWave are both free and paid, and they are pretty much similar.

It is not for the gamers, but you can play some low RAM games. It is basically for the one who is looking for productivity and testing with some useful tools for the developers.

Windroy has functions of Bluestacks and YouWave. It tries to emulate Android in Windows. The primary purpose of Windroy is to run all android apps efficiently as any other Windows application.

Windroy is currently using the Android 4.0.3 version. It is effortless to start but lacks some of the essential features like the audio output.

It is a GameCube and Wii emulator that has high compatibility. The Dolphin emulator was developed in 2003 and as an open-source since 2008.

It let PC gamers to enjoy games in full HD with various developments like turbo speed, networked multiplayer, PC controllers, and even more! It is one of the best Android Emulators in the market.

It is very reliable and has the fastest DSP Emulator Engine.

I hope you liked the the list of best Android emulators. If we forgot to enlist Android Emulator for windows 10, Mac OS then let us know in the comment section below. We will updated this list.

Till then keep visiting out tech news and don’t forget to share the Android emulators list with others on social sites! 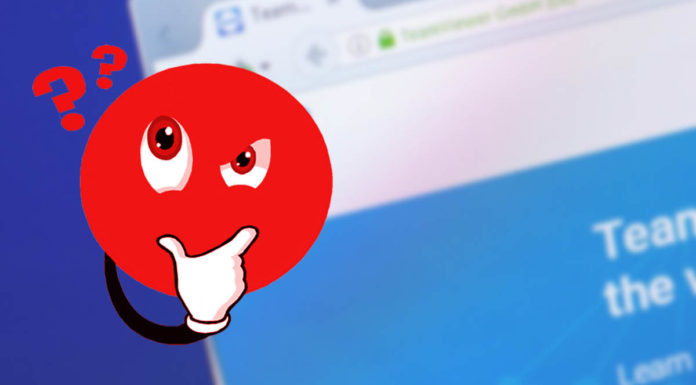 How to Enable or Disable Auto Call Answering feature on Android? 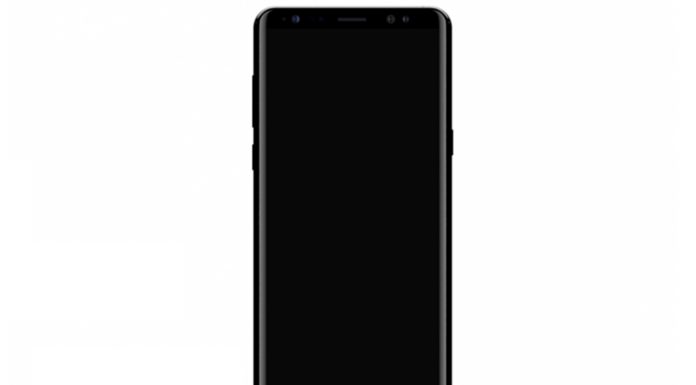